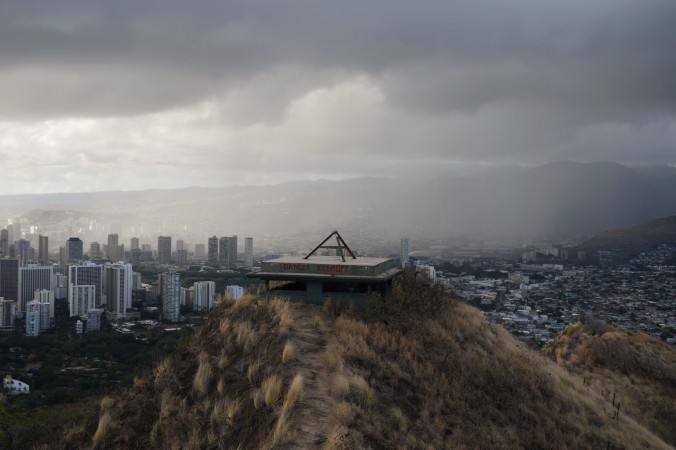 Known as present-day Diamond Head State Monument, a former artifact from Hawaii’s past remains on a hill overlooking the city of Honolulu, Hawaii. Rain showers on parts of the city, with gray clouds looming overhead. Diamond Head was formed by an eruption sending fine layers of particle into the air creating the crater. A trail was created later on for the coastal defense.

Jessie Liang has taken a passion for photography in the past few years of her life. She has visited over 25 states in the United States, and enjoys taking photos of various State Parks and National Parks.